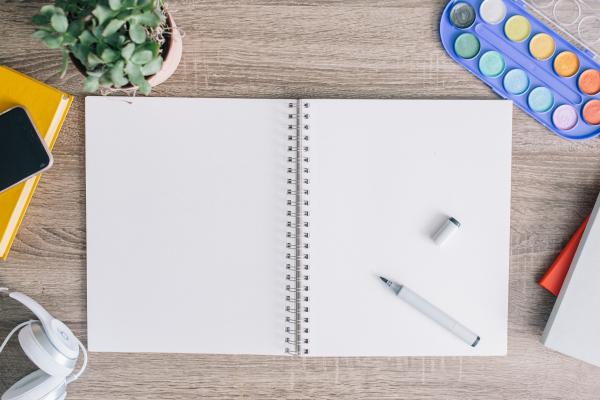 We know that the stereotype of young people as politically disengaged simply no longer rings true. If fact, it's quite the opposite. We’re lucky to meet young people from right around Victoria who are committed to making a positive difference and building better communities. In the lead-up to the upcoming election, it’s vital that young people have their voices heard.

If you're a young person and you're wondering how you can speak up, we've prepared this handy guide on messaging your MP (member of parliament). We know that this kind of action can be daunting if you've never done it before. So how do you get your message across to the people who make the key decisions, including members of parliament and candidates for state, federal and local governments?

If there’s an issue you feel passionately about, start by getting two things clear: what’s the problem here, and what would the best result look like?

Good news: whichever issue you are passionate about, there should be someone out there who can help you get your head around the main facts and figures. For example, if you’re worried that young people in your community can’t find work, you might check out the figures on youth unemployment and underemployment through the Australian Bureau of Statistics or Brotherhood of St Lawrence. If you’re concerned about young people’s mental health, check out Beyond Blue or Orygen; if you’re focused on family violence, contact Domestic Violence Resource Centre Victoria (DVRCV). You don’t have to be an expert, but it’s easier to advocate when you know the bigger picture.

Now for a harder question: how to achieve your ideal result? Don’t panic – you don’t have to have all the answers. But it’s great if you can suggest a positive, practical change. Maybe you know of a great program or opportunity which you think should be expanded; maybe you’ve got your own idea for an initiative to make your community stronger.

For instance, here at YACVic we’re concerned about problems for young people like homelessness, school disengagement, and poor mental health. We want young people to have appropriate support around them – and we think a lot of problems could be prevented if we built better communities for all young people to grow up in. We concluded that one solution would be to put more trained youth workers on the ground, including in rural, regional and outer suburban areas. And we came up with some recommendations for how government could fund and design these solutions – check out our Youth Work Matters campaign.

Once you know what you want, you’ll need to figure out which people to talk to.

Different levels of government focus on different issues. For example, federal government involves itself more in issues like employment, universities, immigration, defence and environment, while state governments concentrate more on things like schools, TAFE, public transport, child welfare, and police and justice. But there’s plenty of crossover – whichever issue you care about, there should be someone with responsibility for that issue in Victoria and Canberra.

Ministers are responsible for the big decisions about policy, programs and funding in their portfolio areas, while shadow ministers develop their own parties’ priorities in that space and challenge the government’s position. For example, if you were concerned that young people in your community weren’t getting involved in arts and cultural activities, you might decide to approach both the Minister and Shadow Minister for the Arts.  Check out the Victorian Government ministry and shadow ministry (open their individual profiles to see their portfolios), and the ministers and shadow ministers in the Australian parliament.

Remember to think local, too. There are members of parliament whose job it is to represent people where you live – including you! In the lead-up to an election, there will also be opposition candidates fighting to become your new local member. If you live in their electorate then it’s their job to listen to you.

Don’t forget local government, either. They do a lot more than collecting your rubbish bins! Local government is actually really active in spaces including youth leadership, mental health, public safety, education, recreation, and the environment. Contact your local government youth services team to find out more.

Sometimes it’s who you know…

Do you know a person or organisation who could help you to have a word with the Minister for Education, your local mayor, or the Prime Minister? You might be surprised! The Victorian Government has structures in place to hear from young people, such as their Youth Congress. Most local governments have a youth advisory group, and so do some members of parliament. Political parties also have spaces for young people, such as Young Liberals and Young Labor. Don’t be shy; contact their offices and ask what opportunities they offer for young people to have a say.

Meanwhile, youth organisations like VicSRC, YACVic and Centre for Multicultural Youth also give young people opportunities to speak directly with members of parliament. YMCA’s Youth Parliament is another brilliant way to do this. And local government youth services teams are great at getting young people together with elected representatives – some, like City of Casey, even support young people to hang out with state ministers and local councillors and meet the Prime Minister!

It’s still worthwhile contacting political candidates via email or letter. Oxfam has produced some great guidelines for how to do this. Remember: get the person’s name and title correct, personalise your message, be clear about what you want, keep it brief and polite, and don’t be afraid to follow up!

When you follow up, try requesting a meeting with your local member or opposition candidate. This can be tricky as they’re often busy, but nothing beats a personal conversation when it comes to getting your message across. If they can’t meet you individually, ask their office if there are any events coming up where you could attend and introduce yourself. Perhaps you feel nervous meeting politicians? To make it a good experience, you might bring someone you trust, like a parent/guardian or a youth worker for support. Don’t be shy to ask for support to help you voice your concerns!

We also suggest you think in advance about how much personal stuff you’d like to discuss. Individual stories can be a powerful way of showing why an issue matters, but be sure to think about what you feel comfortable sharing. We suggest you talk it over with a trusted adult beforehand.

Individual stories can be a powerful way of showing why an issue matters, but be sure to think about what you feel comfortable sharing.

Most political candidates have a social media presence, and platforms like Facebook and Twitter are a quick and simple way of getting in touch with them. For example, when YACVic learned the Victorian Government would be supporting 30 free TAFE courses to get people into key jobs, we encouraged supporters of the Youth Work Matters campaign to tweet the Minister for Training and Skills, the Hon. Gail Tierney MP, to call for one of the free courses to be youth work.

Keep in mind: social media should complement your other actions, not replace them. Check out this study into the impact of young voters and social media on elections if you’re interested in finding out more about this.

Before the 2019 election, YACVic is inviting young people to tell political candidates what big changes you’d like to see in your Victorian community. Share what matters to you – we’re listening!