Young people are leading social change movements on issues that matter for our future - like climate action, gender equity and ending racial discrimination.

Voting is a powerful way to show the government and the community what is important to us. It’s one of those things that can feel big and mysterious but can become empowering once you understand a few simple terms and processes.

This year’s election will be held on Saturday 21 May. This resource will walk you through everything you need to know to confidently put your ballot paper in the box on election day! 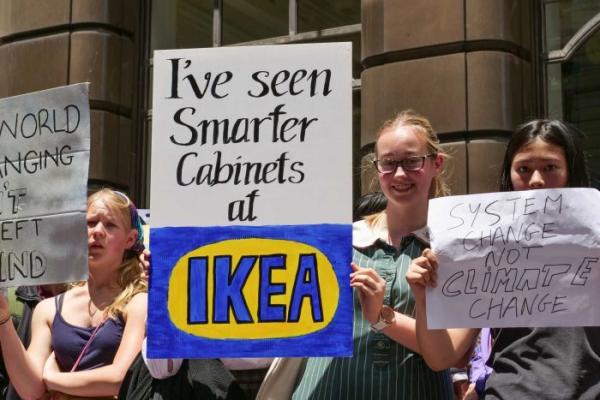 How our government and election systems work

The first step to confident voting is to understand how our government and voting systems work, and what you’re actually voting people in to do! Keep reading if you’ve ever wondered about things like how a government can have ‘houses’ or why you have to number every candidate when you vote.

To be able to vote in an election, you have to first enrol to join the A long list of everyone who is eligible to vote.electoral roll through the Australian Electoral Commission (AEC). You can enrol to vote if you are:

In Australia, it’s compulsory to enrol and to vote in Australian federal and state elections. You will receive a fine if you were eligible to vote in an election but didn’t do it.

Below are all the different ways you can enrol to vote.

Deciding who to vote for

Your vote is powerful and belongs to you! It should represent your own values and the matters you want to see action on. For this reason, it’s useful to learn what the different People who run in an election to represent you in government.candidates stand for, see what they say about young people, and if they’re planning to take action on things that matter to you and your future.

Meeting your local MP and candidates is another powerful way you can make an impact on this election and our future. Candidates will base their the goals the candidate wants to achieve if they are electedelection platform on meetings with the people who live and vote in the electorateconstituents, so by meeting your local candidates and sharing what you want to change and how they can help, you can influence what the candidate aims to achieve.

Find out how to meet with your local candidates here

Voting on the day

Let’s do the dang thing! Once you know who you want to vote for and how they’ll be representing you in government, you have a few options depending on what’s COVID-safe and accessible for you.

The important thing is to figure out how you’ll be voting before election day rolls around so you have time to organise yourself.

Start a conversation with your network or on your socials about what young people care about in your community and what you want to know for this election!