Over the past 2 years, TikTok has grown from an app for dancing videos to a platform that has been powerful for marginalised communities. They are able to discuss issues and engage in conversations.

While TikTok is a free platform that can be easily downloaded on a smartphone, it could be more accessible for its disabled users.

Previously, Tiktok didn’t have automatic captions which meant users needed to caption videos themselves. This led to a lot of videos not being captioned, miscaptioned or abbreviated. This meant that users who needed captions were left out of the conversation, because manually captioning videos took a long time.

Users were able to work around this and found apps that captioned automatically, but this took a lot of effort and often "bad" words were censored. Recently, TikTok added a feature that allows videos to be automatically captioned. This feature isn’t yet available for everyone and still censors words.

TikTok has added a text-to-speech feature which allows people to verbalise what they want to say without having to speak. The only drawback of this feature is that it can be difficult to set up.

TikTok came out with a feature that warns creators that certain effects in a video could trigger photosensitive epilepsy before they post it. While this made creators think about the content they were posting, it didn’t warn the affected users.

TikTok then added an additional feature to protect individuals from photosensitive content. The feature allows users to “skip all” and remove videos that could trigger their epilepsy. This was done because TikTok met with advocates with epilepsy and consulted with them for feedback.

TikTok does not provide image descriptions either. They are something users have to opt-in for. This also applies to audio descriptions, which are a narrative of the visuals in the video.

TikTok has a history of not listening to its users when it comes to accessibility.

TikTok’s inaction has put the responsibility of accessibility onto creators which creates inconsistencies and inaccessibility for its users.

Emma (she/they) is a 21-year-old queer and disabled youth advocate with an associate degree in interior design and decoration.

They are located on Wurundjeri land of the Kulin Nations in Naarm, and they volunteer as a diversity and inclusion co-leader for an LGBTQIA+ organisation.

She has a strong passion for intersectionality and creating accessible spaces. 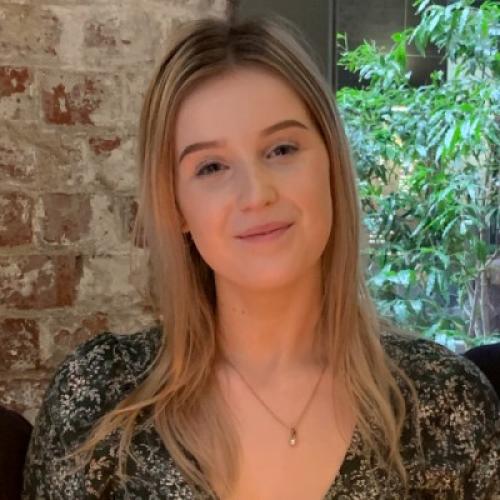