The leaders of the G20 will be gathering together at the end of this week in Osaka, Japan, for the G20 Summit.  The members of the G20 are the twenty largest economies in the world, including 19 countries and the European Union, and collectively represent around two thirds of the world’s population and more than 80% of global trade.

The G20 first came together in 2009 to support economic cooperation at the time of the Global Financial Crisis. The G20 also talks about and agrees to actions on a broader range of global issues that impact the global economy, such as climate change and terrorism.

You might be thinking that this is all well and good, but what exactly do young people have to do with the G20?

Before the leaders of the G20 meet, there are a number of engagement groups that also meet to discuss global problems and what they think the G20 leaders should do from their perspective. The Y20 Summit brings together youth representatives of the G20 members and invited guests to talk about and agree to what we think the G20 leaders should do to address key global issues. It’s one of the only officially recognised ways that young people can make policy recommendations directly to international leaders.

I had the privilege of representing Australian youth at the Y20 Summit thanks to Global Voices who supported me as the National Scholar 2019.

At this year’s Y20 Summit, we debated and agreed to policy recommendations for three topics: the Future of Work, Business and Environment, and International Trade. As we debated, we were aware that we had an immense responsibility to represent the interests of diverse youth from our countries. We also grappled with how to balance creative and bold ideas that were also realistic and would not be dismissed by leaders.

I was deeply moved by how young people from all over the world were willing to connect and listen to each other, without national barriers getting in the way.

If you’re curious about what the Y20 Summit was like, you can check out this video made by the organisers of the Y20 Summit. I also recorded a podcast episode that you can listen to here.

The outcome of our discussions is the Y20 Communiqué: a document that presents how we narrowed down the complex issues to three policy recommendations for each topic. We had the opportunity to present the Y20 Communiqué to the Prime Minister of Japan, Shinzo Abe. 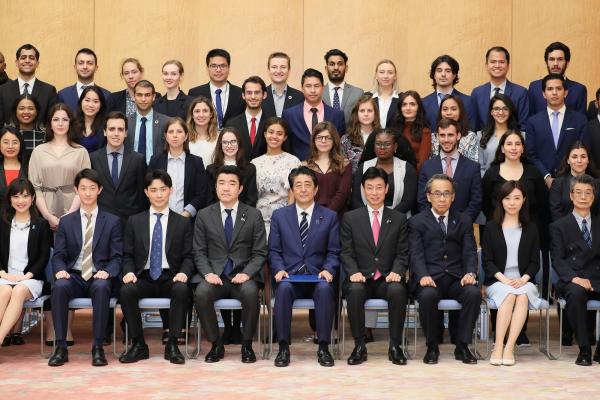 Some highlights from the Communiqué are:

You can read the Y20 Communiqué here.

So what happens now?

The youth representatives have been sharing the Y20 Communiqué with their leaders, asking them to consider the issues and ideas that we identified when they meet at the G20 Leaders Summit at the end of this week.

The G20 Leaders usually produce their own version of a Communiqué that outlines the actions they are going to take to address global problems. I will be following the outcomes of the G20 Leaders Summit closely to see if the youth recommendations are raised and considered.

The question of what happens after the G20 Leaders Summit is something that I’ve been thinking about a lot since I got back home. It’s easy for young people to feel overwhelmed by the weight of global problems that we are carrying on our shoulders. But what I realised through my experience at the Y20 Summit is that we are not alone.

Young people all over the world want to do things differently and take bold steps towards a brighter future for everyone. Not only that, but there are leaders out there who want to hear what we have to say, and who recognise that young people have a lot to offer when it comes to solving complex global problems.

I left Japan filled with a deep sense of hope, and I’m looking forward to exploring how we can further engage young people in policy making to help solve complex problems.