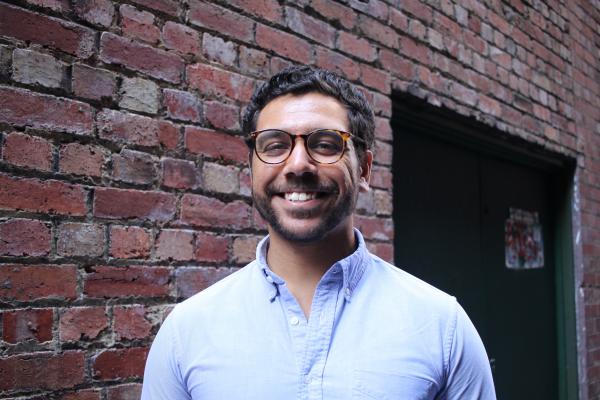 Young Aboriginal people living in cities often feel as though their living circumstances prevent them from being able to practice those parts of our culture based on being "on country" or "out bush".

As someone who grew up in Sydney and has lived in inner Melbourne since I was 18, I definitely feel the tension between the call to connect to nature and the necessity of living in the city for my Western studies and career. I think that this tension actually provides a great opportunity for young Aboriginal people to explore new ways to practice culture in our daily lives in the context of living in the city, especially if we can share those practices with other Aboriginal young people and our Elders.

One of the most important values of Aboriginal people is connecting to country and connecting with one another. Mindfulness, that is secular meditation, originated from spiritual practices in places like India and Japan but that have recently been adapted to the modern world by Western psychological therapy. I believe these techniques could provide an opportunity for young Aboriginal people in metropolitan spaces, jobs, and housing to continue to practice our cultures even when we are not around other Aboriginal people or out bush.

I was fortunate to be invited to facilitate two Yarning Circles at the 2019 Koorie Youth Summit (KYS), the annual summit for Aboriginal and Torres Strait Islander young people living in Victoria.

What is a yarning circle?

A yarning circle is when a group of people have a discussion sitting in a circle with assumed or agreed upon cultural protocols to ensure a safe and open discussion. Yarning circles are a custom that have become increasingly used to help participants share two-way learning, knowledge and diverse perspectives through a circular and non-hierarchical seating arrangement that minimises perceived or real power and status imbalances between people.

We spend so much time talking with other people, indeed talking to ourselves in our heads, but we hardly spend significant time slowing down and sharing silence with other people, especially at conferences and events. As such, I wanted to explore what sharing silence and guided self-reflection would do for a yarning circle. I've been meditating almost ever day for about a year now, so I was interested to see what meditation could bring to a Yarning Circle.

My journey with meditation

I first dabbled in mindfulness and secular meditation in 2015 after having panic attacks while I was changing careers from clinical medicine into software engineering. However, I did not seriously start meditating with any regularity until 2018, after three family deaths and going through a separation at the end of 2017.

I have struggled so much with my mental health over the last two years, and meditation has undoubtedly helped me get through hard times and improve my life by allowing me to understand better my emotions, thought patterns, and sense of self. One of the main benefits I have found in meditation is being able to identify and create space between "myself" and an emotion, thus allowing me to let an emotion rest inside of me without either getting sucked into it or pushing it down. A large part of my meditation involves this practice of emotional identification and non-resistance, called "diffusion" in Acceptance and Commitment Therapy, and has allowed me to approach difficult emotions, therapy for family trauma, and interpersonal conflicts with more calm, clarity, and reason, and far less judgement and criticism.

I have recently begun exploring Buddhist forms of meditation, including attending some group meditation classes learning about a key Buddhist practice called Mēta, or "loving-kindness meditation". And in July this year I am attending a 10-day silent meditation retreat in South Australia to learn another Buddhist technique called Vipassana, or "insight meditation". I thought, given how much I have personally benefitted from meditation, its increased social visibility and acceptance, and how interesting I have found group meditation, that I would try mixing what I have learnt in meditation practice with what I have learnt in meditation practice with my yarning circles at the Koorie Youth Summit.

Asking yourself the question in the third-person

The specific technique I introduced to the participants was one that I use for myself occasionally, that I learnt through the Headspace guided meditation app. After following the breath for a few minutes and allowing the mind to calm down, you simply ask yourself a question. That's it! Well, not quite. You should ask yourself the question in the third-person, not the first-person. This way you create some emotional space between the part of yourself that is asking the question and the part that wants to respond. So, after allowing everyone in the circle to settle into the silence, I "dropped" the question they should ask themselves into their meditation.

After asking the questions of themselves, allowing their internal response to bubble to the surface, and sitting with the response, I invited everyone to share what they thought, felt, and reflected. We did two meditations of about 10 minutes each times. Below are the questions I asked the participants:

- Who do you want to become?

- What is your cultural responsibility?

- What responsibility are you ignoring?

The two sessions seemed to really hit a chord with participants and the discussion that came out of the meditations was calm, insightful, and very considerate. Whilst it was a good exercise, it was also an extremely vulnerable space and I'm incredibly grateful for all the participant who opened up to the group about often very personal reflections on their lives, culture, and family, and their amazing support of one another.

I personally learnt that there is so much going on inside each person that there is a wellspring waiting to be unleashed, given a safe and supportive environment. In particular, I saw how deeply people grappled with these questions within themselves and how much understanding people extended towards one another, despite extremely diverse and diverging responses.

I would highly recommend other people who are facilitating yarning circles to begin their session with a brief meditation to calm the often nervous energy that precedes yarning circles. And, for those who might find it useful, I definitely recommend integrating meditation techniques, such the question-answer style meditation I used at KYS, throughout a yarning circle to give people time to deeply engage with the discussion topic within themselves before interacting about the topic with other people. I found this experience very humbling, thought-provoking, and educational because of the insight and honesty of the participants, and I would love the opportunity to do more meditation-X-yarning circles in the future.

Connecting with country through meditation

I often wonder if "connecting to country" is essentially a form of mindfulness, except that instead of focusing on the "self" we are focusing on the land and our relationship to it. In fact, inspired by Uncle Jamie Marloo Thomas in his creation of Wayapa, I think that creating a new types "meditation" techniques based on Aboriginal cultural practices could be an amazing way to explore how we can practice culture in our day to day lives in ways that help young mob with their mental health, spirituality, and silence, even when we are not able to physically connect to country in the sense of leaving the city.

For example, many techniques of meditation incorporate visualisations, perhaps if these visualisations are based on nature and our connection to it, then would that help people feel and embody connection to country even from their apartment in the city? And because meditation can be secularised it can also be taught and understood without invoking the supernatural or metaphysical assumptions of other spiritual systems, such as Buddhism.

As such, it's a wonderful opportunity to explore new ways to practice culture even when we're caught in the rat race of modern Australian life.

Levi McKenzie Kirkbright is the 2019 YACVic Young Thinker in Residence, with sponsorship from Koorie Youth Council.