"I was so impressed by the way YACVic put in a huge effort to include the voices of young people in their employment decision making. I have never heard of an organisation doing this before, so I was struck by the effort YACVic put in to making this happen."

When I volunteered to be a part of the HR Team at YACVic, I wasn’t 100% sure what to expect. I knew I was there as a youth voice and I knew I was helping with employment decisions, but I didn’t realise I would be so involved with the process. I got to work closely with two YACVic staff members, in the YACVic office, on the other side of the interview table. I was amazed at how valued and respected I was within the space, and I was super excited to be a part of the program. I was part of the process from end to end: reviewing the chosen applications before we interviewed, sitting in the interviews and asking questions, and then scoring the candidates at the end to help find the most suitable one.

The first step of the process was reviewing the applications. Doing this made me realise that I’ve been doing this part really well in my own applications! It was a real confidence boost. Seeing the difference that formatting, for example, makes to applications was really interesting. For a long time I was worried that I was over the top with my applications, since I have a pretty strong perfectionist streak. But being on the other side of the application process helped me realise that being a perfectionist actually works in my favour. After seeing the best of the applications, then seeing how they were received and evaluated, I am now quite proud of what I am capable of putting together for the jobs I am applying for. 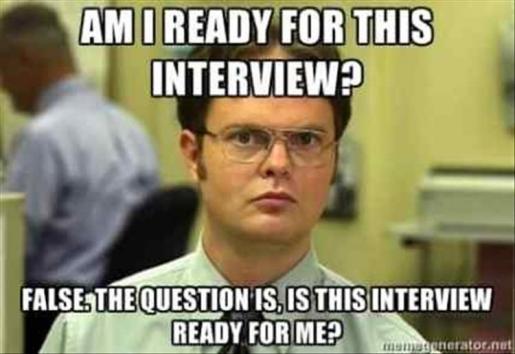 The second step was the longest part: the interviews. In the past, I have been stressed and anxious about interviews. I have incapacitating anxiety, and so being in an interview takes a lot of mental energy. I thought that, because of this, interviews are a lot harder for me than people without anxiety. But after being on the other side, I realise that everyone gets anxious to some degree. And the interviewers know and respect this! I am not the only one who gets that anxious, and if the organisation is good, they will understand how nerve-wracking it can be.

The last part of the process involved scoring and discussing the candidates. The scoring system works really well, because it takes into account all aspects of the candidate’s responses and what it will take for them to be good at the role. I had never seen how a scoring system works before, as I am usually the one being scored. But it worked so well, and made the choice a lot clearer and less subjective. It’s a fair way to lead into a discussion about who is the best for the job, which was the last thing we did. After we had interviewed everyone we talked about every applicant and what we felt their strengths and weaknesses were. We were surprisingly all on the same page. We agreed on the strengths and weaknesses of each individual, and came to the same conclusions about what was most important to consider, leading us all to the same choice. It was so interesting to see how we got to our decisions, as we all did it in different ways, but the result was the same. It really shows that all-round strength can be more important than specific experience or qualifications.

I am confident in the choice we made, and as a young person who could potentially be on the receiving end of the chosen candidate’s work, I trust them completely. I don’t think YACVic could have asked for anything better than that, and neither could I.

What I got out of being on the interview panel

Being part of this recruitment process gave me some really good insight into what I should and shouldn’t do when applying for a job. I can also see more clearly where my own strengths and weaknesses lie, and where I can improve for the future. I am about to graduate and am looking for work at the moment and I’m already using my experience to influence my application writing and overall approach to interviews and employment. I learnt so much about myself, and the process – knowledge I don’t believe I could have found anywhere else.

Anyone thinking about volunteering for the HR Team at YACVic should definitely give it a go. It has been such a valuable experience for me, and I have only had the chance to do it once! I am so excited to see what I can be a part of at YACVic in the future.

Charlie (they/them/theirs) is a queer writer and communications graduate, who enjoys working towards societal inclusivity. They are a YACVic member and currently sit on the HR Team.

Find out more about our participation opportunities for young people here or contact Sam Champion, Participation and Development Coordinator, on pdc@yacvic.org.au or (03) 92673702.

Become a YACVic young member and join a community of advocates passionate about young people and the issues that affect them in Victoria. It’s just $3 to sign up!