In an increasingly globalised world, technology and vocational degrees won’t be enough.

So I’m 3 years into my humanities degree, and I’ve thought a lot about what my degree has taught me. Critical analysis, creativity, curiosity, empathy, persuasion, negotiation, communication. I’ve interned in places, volunteered and been employed in a variety of fields. However, the government seems to think my degree won’t get me anywhere.

Recently, Education Minister Dan Tehan announced the ways in which university funding could change in a new tertiary funding plan. Humanities degrees will double in fees while the cost of “job-relevant” degrees like maths, nursing, teaching and science would fall.

With the goal of incentivising more students to move into projected employment hotspots and opening up more spots for students, the question on my own lips and the lips of those around me is whether this is another ideological jab at the arts or whether this new funding plan will actually support students and universities post-pandemic?

Since I started my degree in 2018, I’ve heard the same rhetoric repeated time and time again.

Frankly, the stigma we continue to perpetuate surrounding humanities degrees needs to be overturned. We refer to the skills we learn in a humanities degree as ‘soft-skills’, downplaying their importance in our society. In a world of increasing automation and digitisation, it is these ‘soft-skills’ that are becoming more relevant than hard skills. Technical skills are important, don't get me wrong, but employers are becoming more and more likely to seek interpersonal capabilities, adaptability, team-work and other ‘soft’ skills when making employment decisions. As automation increases, will our technical skills be as relevant as we think?

There is also the assumption that studies in history, politics, anthropology, sociology etc. are nothing more than a hobby, despite the fact that recent graduate data suggests that arts graduates are employed on par with STEM graduates. A large percentage of our current politicians hold humanities degrees and many world leaders do so as well. Some of our globe's most successful individuals hold liberal arts degrees yet somehow we still find ourselves acting as if humanities degrees are a bit of fun, the easy degree, the degree for people who can’t decide what they want to do with their lives.

The latest funding changes highlight an increasing division between rich and poor.

Now, looking back at the funding predicament there are two reflections that move through my mind. One is that the Education Minister has framed this change as being done to support universities to earn more through humanities and other degrees copping the brunt of the funding changes, while still promoting enrolment in other vocational degrees. Yet the bottom line is that students will be fronting more of the cost.

The second is that this feels like just another ideological jab at the arts and public university sector, something that we so often see in conservative governments. No amount of re-wording can change the fact that the coalition has been supporting these cuts for years. Every year it’s a similar story. In 2014, then Prime Minister Tony Abbott ripped billions of dollars from the public tertiary sector in the name of free market ideology, encouraging competitive student enrollments and widening the gap between regional tertiary institutions and larger, urban universities with more money. Underneath John Howard, the higher education sector was slapped with higher HECS repayments, billions of dollars in funding cuts, preferential treatment to private institutions and the introduction of full-fee paying places.

“We want to move funds into vocational degrees. We want to preference empirical, essential areas of study.”

To me and many other young people, the latest funding changes highlight an increasing division between rich and poor as our government puts more reliance on private institutions and job specialisation. The only thing that these new funding proposals do is create economic barriers for higher education by politicians who didn’t pay a cent for their degrees, reducing the value of critical thinking and communication skills and encouraging the specialisation into specific areas despite not knowing what our post-Covid job market will even look like.

Steve Jobs once said that “technology alone is not enough- it is technology married with liberal arts, married with humanities, that yields us the results that make our hearts sing”.

In an increasingly globalised world, technology and vocational degrees won’t be enough. We’ve only barely scraped the surface in our understanding of the world, of our history, of different cultures and different people who have walked in our place.

Every day we are questioning the way that we do things. Is democracy the be all end all of a successful governing system? Is the way we parent children or teach students as effective as it can be? How can we become better leaders? Better people?

Humanities degrees are paving the way for these discussions and by creating these economic barriers, the Australian Government is creating barriers for a better Australia. 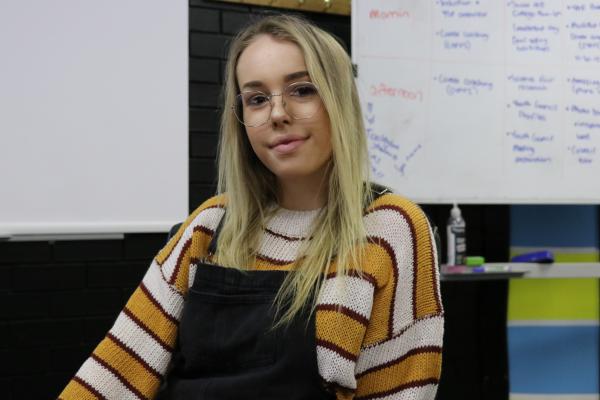 Tiana Sixsmith is a Monash University student studying a double major Anthropology and Human Rights. She is also a Co-Designer and Facilitator with Youth Affairs Council Victoria.